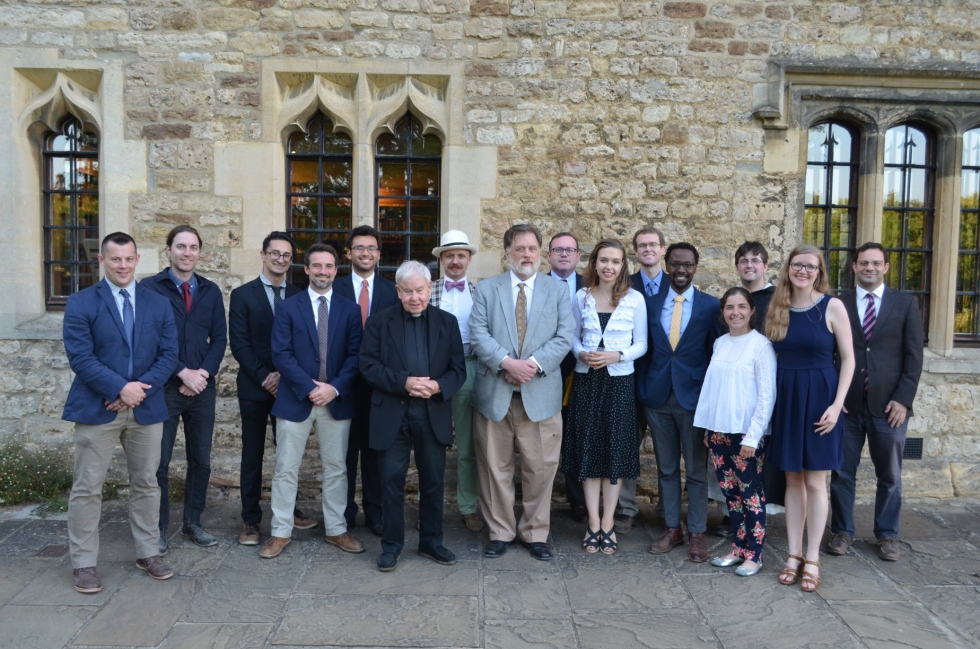 Last month I had the privilege of attending a week-long seminar on “The Thought of John Henry Newman,” sponsored by the Lumen Christi Institute, led by Newman scholar Fr. Ian Ker, at Merton College, Oxford.

I am fascinated by the fact that, while the Transcendentalist movement was reforming religious life in New England, the Oxford, or Tractarian Movement was stirring controversy in Old England. These two parallel religious demonstrations–one liberal, one conservative–were led by two men who are in so many ways their equals and opposites: Ralph Waldo Emerson and John Henry Newman.

During our conversations about Newman, we discussed at length Newman’s sermons, theological works, and philosophical writings. I had the opportunity to present two papers, “Newman on Reason and its Relation to Faith” and “The Apologia as Autobiography.”

Our time at Oxford was spent retracing Newman’s steps through Oriel College, St. Mary’s Cathedral, and his retreat at Littlemore. I spent some time doing research at the Bodleian Library (the Newman section is on the second floor of the Radcliffe Camera, by the way.) I also got to visit with my dissertation committee co-chair, Rhodes Professor of American History Emeritus Daniel Walker Howe.

← “Song of Myself” reading at Whitmania
“Newman as Novelist” in Commonweal →
Loading Comments...